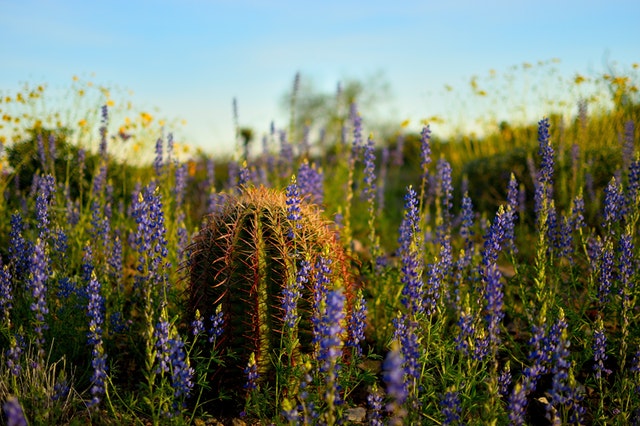 Heidi Strobel is a film journalist and literary researcher. Since 2005 she has written on literature and film for various newspapers and journals. In addition, she taught at both Humboldt University and the Free University of Berlin.

The rate of infection related to the novel coronavirus is still low. That the relaxation of the pandemic measures will not destroy this success presupposes that the Germans will continue to adhere to the recommended rules of hygiene and distancing. We, the German-Italian team of authors Raffaela Rondini and Heidi Strobel, have examined the topic of hygiene measures and cleanliness from a cultural perspective.

Raffaela: For a few weeks now they have been telling us to wash our hands as often as possible and for as long as it takes to sing “Happy Birthday” twice.

Heidi: The Swiss NZZ newspaper has been wondering why the Germans seem to have such a good grip on the crisis.

Raffaela: I have some ideas as to why.

Heidi: According to the health economist Reinhard Rychlik, one of the reasons is that the Germans consider hygiene and health to be pretty important.

Raffaela: Just as I thought.

Heidi: Let me quote the experts: “We didn’t have to be taught how to wash our hands with soap.” That’s also why, at the beginning, there wasn’t a run on toilet paper but on disinfectant spray.

Raffaela: Thankfully, this past Christmas I received a bottle of vodka as a gift. Having said that, I don’t drink.

Heidi: I’m not so sure whether this expert opinion applies to all Germans.

Raffaela: Well, washing your hands is definitely a good idea, especially if you do it at the right moment.

Heidi: I just wonder why years ago the Berlin Senate had instructions on hand hygiene placed in all public bathrooms? And why, after the gradual reopening of the schools, of all things soap is missing?

Raffaela: People say that the Germans are really precise in everything they do.

Heidi: Well, as far as the instructions are concerned, it seems to me to suggest that the Germans don’t know how to wash their hands properly. Or they wanted people to be more meticulous after they turned off the hot water. For years we’ve been reading complaints about hygiene in Berlin’s schools. I wonder if, once again, it’s just the capital that has problems with hygiene, because everybody knows that people here are a bit disorganized. In southern Germany no doubt the situation is different. But when I look at the figures from the Robert Koch Institute…in relation to the European average, more people in Germany catch an infection in a hospital than anywhere else, 500 to 650 people out of 100,000 patients; elsewhere it’s just 450 to 500.

Raffaela: Well, with all due respect for the Robert Koch Institute, right now, dealing with the coronavirus, all these numbers are beginning to make my head spin! I think that many parameters are simply unmanageable and that the statistics don’t cover everything. In any event, we have now understood that we shouldn’t touch our nose, mouth, or eyes, and that we should sneeze and cough into the crook of our arms. Singing “Happy Birthday” twice will also put you in a good mood, as long as you don’t exaggerate, of course, otherwise our skin and our nerves will suffer.

Heidi: Absolutely. In the field of psychology they try to get people from excessively washing their hands. But when is too much? When is too little? At what point has one reached the level where one can talk about a compulsion? Naturally, there are criteria for that. But what once looked like a neurosis is now the order of the day; the neurosis has, so to speak, become normalized. As far as psychoanalytic theory is concerned, this expresses some kind of relational conflict, a kind of mourning gone wrong. Someone tries to withdraw their feelings from a specific love object, but then doesn’t dare and internalizes them instead. After that, the object is experienced like a kind of virus, robbing the subject more and more of their power.

Raffaela: And, mind you, hygiene is also a form of luxury, a status symbol.

Heidi: Do you mean soap has become more expensive?

Raffaela: Well, when you’ve got to live on less than $2 a day, soap most certainly is expensive. And this is something that effects close to 700 million people, half of them children.

Heidi: But that does not concern our countries, although it is very unfortunate.

Raffaela: Even if’s a bit old by now, I’m going to give you another statistic: every year circa
2.5 million newborns die worldwide due to poor sanitation and contaminated water, 300,000 pregnant women, and 300,000 children under five years of age.

Raffaela: On Holy Thursday a joke was making the rounds on Italian social media: Today Pontius Pilate’s the only one stepping outside because he’s the only one who’s washed his hands. As everyone knows, though he was responsible for the death of Jesus, he washed his hands of all guilt. In Italian, as in English, the expression “to wash one’s hands of something” still means to try and extricate oneself from a bad situation, or at least one’s guilty conscience.

Raffaela: Many Italians are pretty creative and friendly, and display a pronounced drive to finding new ways to do things, especially when they’re forbidden. Therefore, back in the ’90s the public prosecutors of Mani pulite (“clean hands”) investigations waged a war against general corruption and against the mafia. They celebrated many victories, but key judges and other people whose hands were too clean ended up dead.

With the Mani pulite, Italy transformed itself from the First Republic to the so-called Second Republic—but without changing the form of government, simply in the purest awareness that our country needed to be liberated from bribery and bad government. Let’s forget about what happened afterwards.

Heidi: At the moment you see old mafia bosses being released from prison early thanks to the corona crisis. It’s pretty spooky. And contradictory as always. If you go into an Italian supermarket, you’re supposed to put on plastic gloves to touch the fruit and vegetables, because you don’t want your tomatoes or apricots with thousands of fingerprints. In this country, despite the virus, people still go around sniffing herbs to be able to distinguish parsley from coriander.

Raffaela: Well, trying to distinguish parsley from coriander through the sense of smell is not particularly criminal to me, but nowadays it could be dangerous. Some people, like Donald Trump, tend to interpret the virus as a biological weapon. These ideas fall back to a way of thinking from 1915, when in one of his Futurist manifestos Filippo Marinetti argued that war was the only hygienic measure in the world. After that, a very special type of cleansing was achieved: Two world wars that left 70 million dead.

Heidi: Where do you see the similarities in today’s curiously named “war against the virus”?

Raffaela: Well, our sense of hygiene has many flaws. We can still see that. True to the motto: We all wash our hands in our own backyard; what happens beyond that isn’t our problem. In 1821 Hegel had already claimed that peace was only an accident. States would continue to pursue their different interests, which they would then settle by war. And international organizations, which do not have any kind of army, are unable to do anything about it.

Heidi: In the ’60s, it was just this sense of hygiene that came under fire. For the student movement, ideas of “being clean” or “purity” became symbols of a “behavioral theory of cold.” They dreamt of a community that would be created through closeness and warmth, where people could be creative and self-actualized. A form of utopia that, sadly, could not be realized. What are your hopes for the near future?

Raffaela: In a few weeks the lavender will begin to bloom, not only in Provence, but in Piedmont, in Liguria, in Tuscany, as well as all the way down south, all across the whole Italian boot. After that, it will bloom in Germany and its smell might just manage to drift over here to Berlin. And you, what would you like to see happen in the near future?

Heidi: I think that in order to be an autonomous individual and to remain healthy distance is fundamental. So I think that it wouldn’t be a bad thing if in the future people gave one another a bit more space, and in a very practical sense too: more discretion and consideration.